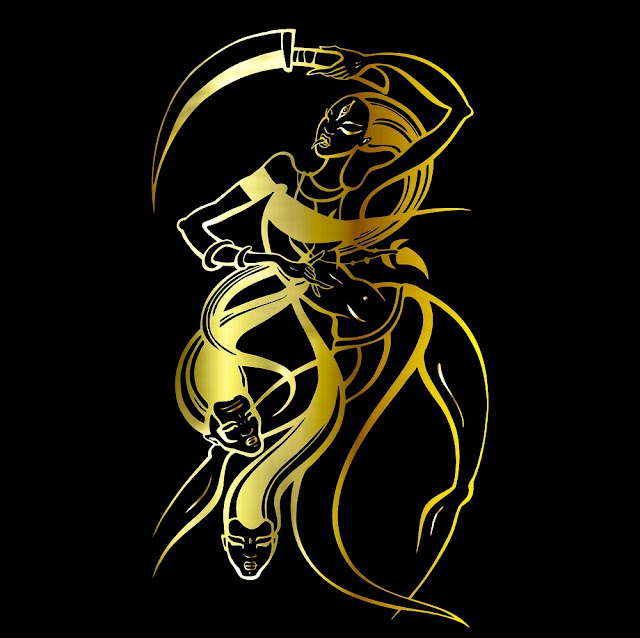 He stared into my eyes for what seemed to be forever, then without exchanging words he took me into his arms; I buried my face on his bare chest and felt welcomed and understood by him, there I stayed until he gently pushed my head away, far enough, so his eyes could meet mine again; after another silent pause he said "Hello Princess", "You are Kali" and as he pulled me back into the safety of his welcoming soul, tears were streaming down my face and I felt that for once, someone in this world knew me.

Who is Kali?
'Kali is the fearful and ferocious form of the mother goddess. She is depicted as having born from the brow of the Goddess Durga during one of her battles with the evil forces. As the legend goes, in the battle, Kali was so much involved in the killing spree that she got carried away and began destroying everything in sight. To stop her, Lord Shiva threw himself under her feet. Shocked at this sight, Kali stuck out her tongue in astonishment and put an end to her homicidal rampage.

The Fearful Symmetry
Kali is represented with perhaps the fiercest features amongst all the world's deities. Her fearful symmetry is represented with four arms, a sword in one hand and the head of a demon in another. The other two hands bless her worshippers, and say, "fear not"! She has two dead heads for her earrings, a string of skulls as a necklace, and a girdle made of human hands as her clothing.

Awesome Symbols
Kali's fierce form is strewed with awesome symbols. Her black complexion symbolizes her all-embracing and transcendental nature. Says the Mahanirvana Tantra. Her nudity is primeval, fundamental, and transparent like Nature — the earth, sea, and sky. Kali is free from the illusory covering, for she is beyond the all maya or "false consciousness." Kali's garland of fifty human heads that stands for the fifty letters in the Sanskrit alphabet, symbolizes infinite knowledge.
Her girdle of severed human hands signifies work and liberation from the cycle of karma.
Her white teeth show her inner purity, and her red lolling tongue indicates her omnivorous nature — "her indiscriminate enjoyment of all the world's 'flavors'." Her sword is the destroyer of false consciousness and the eight bonds that bind us.

Her three eyes represent past, present, and future, — the three modes of time — an attribute that lies in the very name Kali ('Kala' in Sanskrit means time). The eminent translator of Tantrik texts, Sir John Woodroffe in Garland of Letters, writes, "Kali is so called because She devours Kala (Time) and then resumes Her own dark formlessness."
Kali's proximity to cremation grounds where the five elements or "Pancha Mahabhuta" come together and all worldly attachments are absolved, again point to the cycle of birth and death. The reclined Shiva lying prostrate under the feet of Kali suggests that without the power of Kali (Shakti), Shiva is inert.

Forms, Temples, and Devotees
The love between the Divine Mother and her human children is a unique relationship. Kali, the Dark Mother is one such deity with whom devotees have a very loving and intimate bond, in spite of her fearful appearance. In this relationship, the worshipper becomes a child and Kali assumes the form of the ever-caring mother.' http://hinduism.about.com/od/hindugoddesses/a/makali.htm

Kali is not simply a name or an alter-ego to mask my real identity; Kali is an energy, a representation of womanhood and femininity in all its layers and nuances. Creative energy and power.

From the day he recognized my energy and summoned her presence from the depth of my shadow "Hello Princess”; I have chosen to embrace Kali, to become and own Kali and welcome her into my very own existence.

The thing about opening Pandora's Box is that you can't ever close it again.

The energy of creation is the purest energy that can exist; it creates and destroys everything; it has created and destroyed life itself. Power is precious and volatile, beautiful and dangerous, light and dark.

In Darkness I Reside; In Light I Create 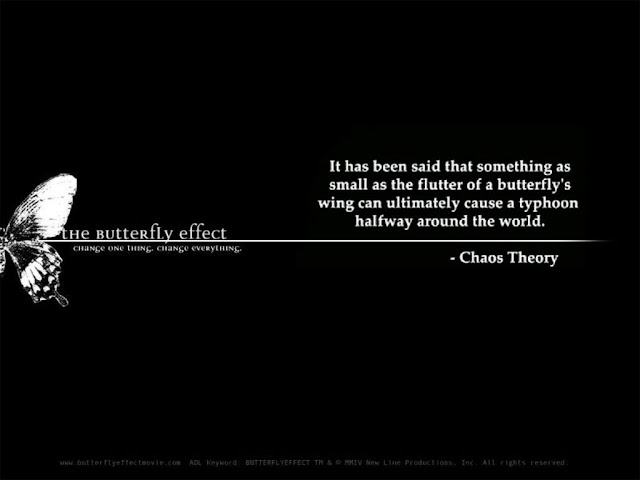 The Naked Room by KalyM
Welcome to The Naked Room. Come inside and discover a world of possibilities for you in your life. I’m committed to supporting your exploration into desires so that you can get the confidence to claim deep connection and HOT passionate sex!